Packers sign each of their two first-round draft selections 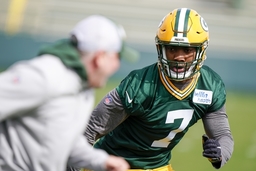 Walker played linebacker and Wyatt was a defensive lineman on Georgia's national championship team last season. The Packers selected Walker with 22nd pick and Wyatt with the 28th.